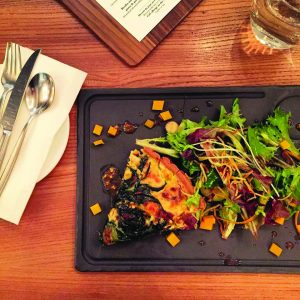 Both a capital as well as a sought-after tourist destination, Québec is a city offering a wide variety of fine dining establishments. Among the dozens of restaurants in the very popular Old Québec neighborhood, one can find the finest tables and most prestigious chefs in the city. Much importance is given to local produce and the menus are widely inspired by French cuisine. This great culinary tradition is largely the result of the efforts of the late Serge Bruyère, who was a precursor of new cuisine in Québec, updating French traditions as early as the 1970s.

From fast-food to haute cuisine, there are upwards of 2500 restaurants in the greater Québec city area, representing a ratio of 350 restaurants for every inhabitant, which is 3 times more than in New York! There are endless choices for every visitor. Beyond the Old Québec neighborhood, other areas such as Grande Allée, Cartier and René-Lévesque Streets near the National Assembly are positively crawling with great restaurants, many of which offer lively terraces in the summertime.

Many gay-friendly cafés and bistros can be discovered (or rediscovered) on Saint-Jean Street in the heart of the Faubourg Saint-Jean-Baptiste. The Nouvo Saint-Roch has also more recently emerged as a sought-after destination. The Saint-Roch and Saint-Sauveur neighborhoods offer many restaurants featuring a diverse selection of food from around the world. The more affluent Sillery neighborhood also offers excellent restaurants, among them those housed by Université Laval as well as many hotels and shopping malls along Laurier Boulevard.

Although Québec proudly displays its French character and traditions, and probably as a result of having always been a capital focused on tourism for over a century, no regional specialties are really associated with the city. That being said, Québec’s gastronomic trademark is associated with the best that French cuisine can offer and local produce of exceptional culinary quality.